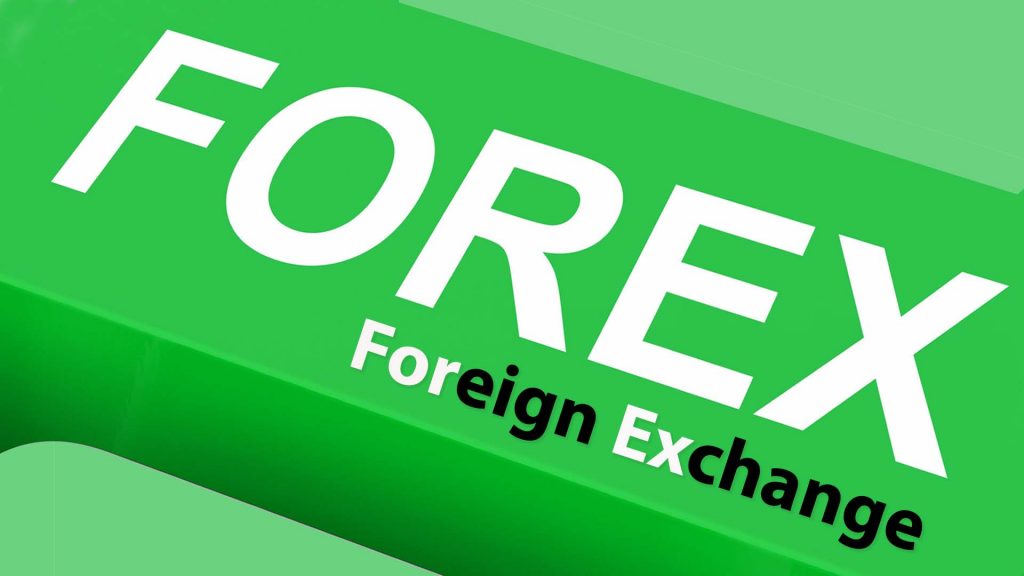 A reader was asking me why I focus on the Dow Jones and the S&P 500 for investing and not on individual shares.  I thought I would dilate on this a little because it bears on why the Bumblebee Trading Strategy (BTS) works.  IMHO.

First, figure out the state of the general economy in which stock trading activity is occurring. Why? The reason is very simple.  We want to know what stock prices are going to do in the future.  The reason we want to know this is because we want to get rich, and if we can know the future, we can do that.

It is possible to know the future.  I can tell you for certain sure that in 5 or 7.59 billion years or so, the sun is going to really go ballistic and burn up everything we care about today. Not that we will care 5 or 8 billion years in the future.

This is not really the same as Minsky’s Financial Instability Hypothesis, but the consequences are similar.

Meanwhile, people invest in economic enterprises, in this case large business, by means of shares of ownership, which shares are freely exchangeable on the open market.  The reason people invest in economic enterprises is because they want to get rich, or at least to make a profit.  A reason, of course, is a cause, and the cause here – wanting to get rich – is a subjective sort of thing.

Because the reason “wanting to get rich” is a subjective sort of thing, it is not directly controlled by the economic situation (although there is a paradox here, because the reason profits have a feedback into the general economic situation is that business owners want to make greater profits, which wanting is also a subjective sort of thing, but we are ignoring this for the moment because this wanting to make more profits is regular enough to be treated as a predictable cause)

But, you see, people are not like that.  We believe that the causation here is not reliable only because we believe, contrary to all the evidence, that we all have free will.

Now if there is any reader still with me, the result of all this is that we can know with a high degree of certainty that people will continue to want to get rich (make a profit, if you prefer) after the point at which wanting to get rich will destabilize the system of getting rich.  It is this phase shift that enables us to profit as stock market traders, because other traders, not having the IESA (Incredibly Extremely Secret Algorithm) of the Bumblebee Trading System, will not know when the business owners continuing to want to get rich will begin to destabilize the system in place for getting rich.

Since the system destabilization is ineluctable and there is a temporal phase mismatch between the destabilization and the recognition thereof, all we need to do is determine the point in time at which that hitherto non-recognition begins itself to destabilize and sell accordingly.  Or buy, when in the inverse situation of increasing stabilization in the economic situation out of epistemological phase with the contrary of “wanting to get rich,” which is “fearing to get poor.”

This last feat of the BST is accomplished by the CTSPEM (Cryptographic Top Secret Proprietary Econometric Model) of Bumblebee Investing, as I have previously explained.

It should now be clear why Bumblebee Investing does not try to trade individual shares.  While the general economic and market conditions are predictable according to stochastic models, the individual element of that situation are not particularly amenable to prediction.

Besides that, it just a big headache.  Of course, you can depend on studying a price chart or something and training yourself to let your profits run and cut your losses short and hope that with enough luck and discipline you will turn out rich.  And maybe you will, because if everybody is rolling the dice, somebody is going get a seven, but that is really a hard way to do things.

If you try to be more logical about it, you have to spend enormous amounts of time researching, running stock screeners, studying 10K reports, earnings statistics, financial statements, executive profiles, and hope you understand that those things are going to be the causes of — profits.  If you get it right.

Not once, but many times.  On each stock, each of which is subject to its own, very large set of conditions of existence, which conditions have an unfortunate habit of changing while you were in the bedroom with your girl/boyfriend.  Which is a very irritating result of not knowing everything about everything you could know about each and every stock you invest/trade in.

Recently I studied the results of six dozen different stock screens, each of which was set up to accord with a prescription for buying and selling one of the well known methodologies: the Warren Buffet method, for example, or Piotroski’s High F-Score, or Greenblatt’s Magic Formula, or Return on Equity, and so on.

And some of the results actually look quite good if you take them over a long period of time.  Piotroski’s High F-Score returned around 12.5% annually over the last 10 years, for example, as compared to a return of 4.2% for the S&P 500 over the same time.

But here’s the thing.  Over shorter time frames, there is a great variation in how the system performs.  Piotroski’s High F-Score is down 40% so far this year.  It is really difficult to stay with a system that has such large drawdowns.  Buffet made good money, as we all know, but he was able to withstand a drawdown of 76% (so I read somewhere) during the 2008 bear market.  In fact, some recent research concludes that it is precisely because Buffett doesn’t flinch (much) under such conditions that he made all that money.

So I looked at how these systems did during the 2008 bear, and I found that all of them lost heavily.  Which isn’t much of a criticism, considering the extraordinary circumstances, but it depressed me anyway.  Most of us are not Buffett.

Then I suddenly realized something.  Not all systems did in fact experience such drawdowns.  The Bumblebee Trading System did not.  I really had overlooked this and was a bit happy when I saw it.  The BTS went flat (short if you were daring) on 2 January 2008 and did not go long again until 1 March 2010. (Improvements to the BTS would have put me in almost a year earlier, in July, 2009, but I didn’t have those improvements at the time.)

So, well, I’m not much interested in trading individual shares.  It can be very exciting, and it can use up a lot of your time, and you can put so much effort into it that you feel you really deserve the profits you get when you are right, and you can feel badly treated when price doesn’t go the way your analysis said it should.  But Bumblebee Investing philosophy is to do things the easy way.  Trading the Dow or the S&P with mutual funds, or index futures, or SPY, or DIA, or other ETFs is more than enough work and stimulation.  Making money is much easier this way than trying to analyze or chart endless numbers of stocks.

When I was in graduate school, a professor of mine, one of the most intelligent people I’ve known, one day complained to me about the fact that he had ever so carefully studied and invested in the shares of some company and that said shares were clearly undervalued but refused to go up, thereby contravening all the laws of logic.

I could only shake my head.  How could this extremely intelligent and highly educated man know so little about trading psychology. But if he couldn’t get it right, why should I think I could?

Trade the indices.  Life is easier.

Often last week I heard comments implying that it is a foregone conclusion that the market is going down and a recession is imminent.

So, naturally the market moved up sharply on Friday.

I don’t know why — I never know why the market does anything on any particular day.  I speculate that it was because the market had gone down and had not moved pass support, and so there was the feeling among traders, after a slightly favorable Retail Trade report, that there was a opportunity for short term profits.  And if you were a day trader, you were right.

Furthermore, as I said last Thursday, a failure to get below the strong support currently under prices could lead to a sustained rally.  This possibility is more likely after Friday’s action.

But here is some relevant data from Standard and Poor:

We don’t have 4th quarter data yet, so maybe you can convince yourself that all is well by now.  Bumblebee does not think that is warranted from the information we do have.

However, it is true that Real Retail Sales inched up a bit according to the report on Friday.  (BTW, Friday’s report was not “real” sales because it was not adjusted for the inflation index, but you can calculate the “real” number if you want.)  This probably underpinned the rally.  But as far as the Bumblebee underlying analysis is concerned, it didn’t change anything.

Technically, anything can happen until there is some market moving news.  As you can see from the weekly Dow chart, a large triangle is forming with several strong reversals off support, which suggests that the rally may continue towards resistance at the top of the triangle in the absence of such news.

The short term speculation is to buy that range move and sell near the top, but protect any profits with a close stop because you are trading against the main trend and that can assert itself at any moment.

Fundamental economics are not favorable for a sustained upward move in the Dow or the S&P 500.  My private opinion is that we are likely to see an official recession in the second or third quarter of 2016, but I don’t think it is writ in stone just yet.

What the Heck is Going On in the Stock Market?
Wolf Richter, Wolf Street

“Even Moody’s which is always late to the party with its warnings- but when it does warn, it’s a good idea to pay attention – finally warned: ‘Don’t fall into the trap of believing all is well outside of oil & gas.’”

“Seven years after the global financial crisis erupted in 2008, the world economy continued to stumble in 2015. According to the United Nations’ report World Economic Situation and Prospects 2016, the average growth rate in developed economies has declined by more than 54% since the crisis. An estimated 44 million people are unemployed in developed countries, about 12 million more than in 2007, while inflation has reached its lowest level since the crisis.

“It’s ugly out there.

“The proximate cause of this week’s market wobbles was a sharp selloff in bank stocks in Europe on Monday. That appeared to be triggered by the recognition that energy related dud loans could imposes losses of an additional $100 billion on already wobbly banks.”

“The Eurozone has created the worst of all possible worlds, unified bank regulation with effectively no approach to rescue banks, and only nation-level deposit insurance, which in many countries is inadequate even on the nominally covered first €100,000 of deposits.”

“Jobs are well understood to be a lagging indicator, but economists cling to the notion that initial unemployment claims lead.” 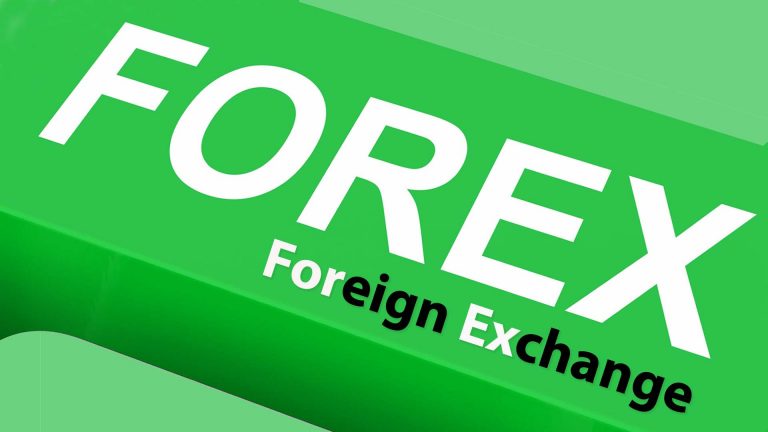