The week of 5 December produced some good-looking charts for stocks whose weekly close topped the previous week’s high. Let’s take a look:

After moving sideways for quite a bit, Alphabet, Inc. (GOOGL 812.20 -3.00 -0.37%) put in a very bullish weekly candle, closing above the previous weekly high and pushing off the Ichimoku conversion line and bringing the Commodity Channel Index (CCI) up from the oversold zone.

Before you think that GOOGL is just going to blast off into space – which, of course, it could – the daily chart offers a cautionary tale: Friday’s candle closed just short of the Ichimoku cloud, which tends to offer fairly strong support and resistance. However, in places where the cloud is thin, it tends to be more easily penetrated, and as you can see on the daily chart, it’s not exactly heavy armor plate. So, be prepared for the possibility of at least a modest pullback, but my wager is that GOOGL will be heading up.

As you’re no doubt aware if you’ve been following solar at all, the solar energy sector has just had the stuffing knocked out of it since last April. On the one hand, this has been very disheartening for me personally, as I’m a big fan of renewable energy initiatives. On the other, lower prices equate to bigger bargains, and CSIQ and many of the other solar companies are definitely in bargain basement territory. As of the close of last week, Canadian Solar, Inc. (CSIQ 12.32 -0.21 -1.68%) turned in a weekly close that beat the previous week’s high and made an upturn in the CCI from oversold territory. While that’s happened several times since the fall began last year, last week’s candle was pretty impressive and, more importantly, it appeared near the tip of what looks like a huge falling wedge that also happens to be resting on a long-term support zone.

Zooming out, you can see the wedge pattern and support zone more clearly:

If the long-term falling wedge pattern pans out, we could very easily see a huge jump in prices for CSIQ and – by extension – other companies in the solar energy sector. In the short term, the case could be made for an inverse head and shoulders (marked by the green arrows), which is a very bullish pattern. On the other hand, price has been shying away from challenging the trend line the past few days, so we could see a pullback next week, possibly back down to the support zone, before price makes a final challenge to the upper trend line or – what I see as less likely – breaks down below the lower line.

If you’re looking for an extra spicy stock with some crazy volatility potential, India Globalization Capital, Inc. (IGC 73.00 0.00 0.00%) might be something to put on your watch list. Like my other picks for the week, it’s weekly close was above the previous weekly high and the CCI is turning up, which often signals an upturn. The stock also is in a gently rising channel, with price rebounding from the lower boundary. I would expect resistance at the downtrend line, and possibly a pullback to the lower channel boundary to form a double bottom, but this has some serious potential for those looking for stocks with high volatility.

MeetMe, Inc. (MEET 5.34 +0.12 2.20%) is one of the stocks in my current portfolio. Last week, price made a very bullish rebound from the lower channel boundary.

Looking at the daily, we can see the bounce coming after a double/triple bottom that tagged the lower channel boundary. Price wound up poking above the Ichimoku cloud, which likely will provide support. However, I would expect to see a pullback next week to let the technicals cool off, as the CCI on the daily is at 250, before price pushes higher.

Mitek Systems, Inc. (MITK 6.25 -0.25 -3.85%) made a nice reversal from a strong support zone, with the CCI turning up from a very oversold condition on the weekly chart.

On the daily, price made a nice gap up toward the cloud and over the Ichimoku base line, which is definitely bullish behavior. But, as with some of the other stocks in this list, I wouldn’t be surprised if we see a short-term pullback with the CCI so extended.

Novavax, Inc. (NVAX 1.38 -0.04 -2.82% is at an interesting inflection point, having turned in the first weekly close over a previous weekly high since before the nose dive during the week of 12 September. Price landed on a long-term support zone, with the all-time low zone lurking below at around $0.50.

Zooming out to take a look at the monthly chart, you can see that price is at one of the two historical low points preceding major climbs. Now, there is definitely risk here: unlike most of the other stocks I watch, NVAX has a significant amount of debt (which is the primary fundamental I worry about). On the other hand, this company has survived several major price collapses since the late 1990s. I have an open slot in my portfolio to fill, and NVAX is one of my top candidates, because my system works best with stocks like this that have huge swings.

After a plunge of nearly 80% from its high in March 2014, I decided it was time to take a nibble of Trinity Biotech (TRIB 6.85 -0.12 -1.72%) after its first close over the previous weekly high in mid-October. Last week marked another close over the previous week’s high, landing TRIB on this list, with the CCI now over -100. The stock appears to be consolidating on the lower channel of a long-term trend line, and – despite the price plunge over the last two years – I feel comfortable building a position because the company has no debt. The only question, of course, is will price hold the bottom of the channel and rise from there, or consolidate for a while and plunge lower.

It could do either, of course. However, looking at the monthly chart, we see that price is consolidating on a firm support level as indicated by the Ichimoku cloud. Further, if price does break down, there are two clearly defined levels where “buy low, sell high” accumulators like myself could load up on additional shares. 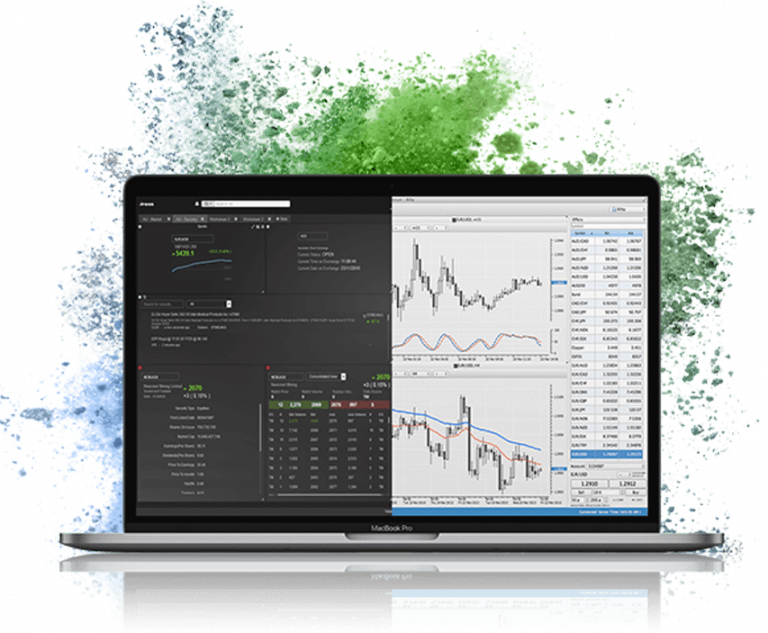