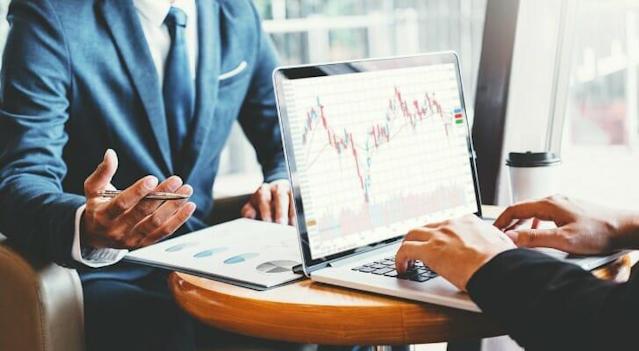 After familiarizing yourself with the basic concepts of the foreign exchange market, you have decided to participate in the biggest and most active trading place in the world, but you don’t know how to start? Well, this article is for you. Its aim is to introduce the market and teach you a bit about the specific terms used in forex trading in order to familiarize you with the trade.

Forex consists of three markets and those are the spot market, the forwards market, and the future market. A long time ago, the futures market was the most popular and the most active of them all since it was available to the small investors and traders for the longer time.
Surely, the spot market was always the biggest one, but it wasn’t easily accessible. It was reserved mostly for companies and governments. However, the rise of the internet and online networking put it in the spotlight and made it prominent. When you hear someone talk about forex, they are probably thinking of the spot market.

In a nutshell, the spot market is the place to be if you want to buy or sell a currency. It is a market that deals with transactions made in the present. The prices change every day and there are a few factors which should be of interest to you such as political and economic situation in a country, supply and demand, and the possible future predictions. When a deal in the spot market is finalized, it is called a spot deal.
Forwards and future markets do not deal with the actual currencies in real time. They mostly offer contracts. The forwards market offers the over-the-counter approach as well, but the parties involved in the trade are supposed to come to the terms themselves. The futures market deals with the contracts which are supposed to be bought or sold on a specific date. Both of these markets are a bit “safer” than the spot market and they provide the feeling of security for the big companies who are afraid of the big fluctuations and they wish to play it safe.
To conclude, unless you run a multi-million firm, your attention should be directed towards the spot market and the changes happening there. That is what forex is all about.

In order to truly understand the world of foreign currency market, it is of paramount importance to have a full grasp on the specific language used when trading. Most first-timers get intimidated by it so it is better to do some research and find out the meanings of the commonly used terms.
The most problematic is reading the quotes. Quoting one currency means that the value of one currency is put against the value of another. The first currency is called the base currency while the second one is the counter currency.
For instance, if you want to know the exchange rate between US dollar and Euro, it should look like this: USD/EUR = 0.81
The base currency which is US dollar in this case is always presented as a single unit which means that for one dollar, you can buy 0.81 euros.
Quoting currency pairs such as USD/EUR can be done in two ways. Those are called direct and indirect currency quotes. The direct currency quote means that the domestic currency is set as the base currency, and the indirect currency quote is the other way around, meaning that the domestic currency is the quoted one.
The foreign exchange market often uses US dollar as the base currency when paired with another one. However, it is not uncommon for US dollar to get left out of the pairing. Those pairs are called cross-currency pairs and the most popular ones are EUR/GBP and EUR/JPY. It is also good to know that these pairings are not always actively traded since US dollar is much more interesting to both sellers and buyers.

Spreads are used to calculate the differences between previously mentioned bid and ask prices. Let’s take EUR/USD quote as an example. In this case it looks like this: EUR/USD = 1.2500/03. The spread between these two is 0.0003. That is three points or pips as some usually call them. Three points may not look like much, but in the ever-changing market and with the help of leverage, you might be looking at some serious profit or losses. The fact that the market is constantly changing and that the tiniest shift can make a huge difference is what makes business people so curious and excited about forex.

Now that you are familiar with the basic terms, it is smart to start thinking about which online brokerage firm you want to choose. We have already covered some of the elemental attributes you need to look for in the article called “Online forex trading” but there are also some features which were not mentioned there in detail such as the leverage one firm has to offer to their clients and fees included in the transactions.

Different firms dealing with forex provide different benefits, especially when it comes to leverage. Most offer at least 50:1 leverage which means that each dollar you have on your account is worth $50 dollars in leverage. Leverage is valued as one of the greatest things when it comes to forex trading, but it cannot be stressed enough that the higher leverage also means higher risk. If you make a wrong decision, your losses will be greater.
It has already been mentioned that trading in forex market means that there are no fees one usually pays to brokers and agents whenever you trade. But those firms are making the profit nevertheless. This is where the understanding of bid and ask prices come in handy. The brokerage firms are making the money with spreads. Again, some firms take fewer pips and some take more.

Now, imagine you have made your decision about which online brokerage firm you want to trade with. There are a couple of options you have with your newly created account. Straightforward buying and selling currency pairs are the most common. There are long and short positions when it comes to trading. Long position means that you buy the currency hoping or predicting that the value will rise in time, while short position represents selling the currency because you think the value will fall.
The other pick can be trading in the forwards or the future markets but it is maybe better not to get involved in those since they require a lot of money and a lot of experience.

All in all, learning the specific terms and how the market really works is not too difficult, but making the right choices might be. So in order to profit from forex, you need to be up to date with the news and happenings in the world of finances and invest wisely and carefully.